It’s no secret that companies often shell out eye-watering amounts on production and air-time for their video campaigns. This, however, is not to say that they are always a success. In fact, many go a step further by completely bombing and losing millions in investments. We bring you the 10 biggest video marketing campaign failures in recent years in the hope that you’ll learn from their mistakes. So prepare to cringe, take notes, and thank us later.

Dodge using parts of Martin Luther King’s ‘Drum Major Instinct’ speech to sell their cars left many viewers reeling. This ad was a resounding failure and naturally sparked an adverse reaction on social media. Amongst the many irritated by the campaign were these users:

Ironically, the part of Martin Luther King’s speech chosen by Dodge to feature in the campaign mentions how advertisers convince people to buy cars and other material goods. Dr King’s family completely disavowed the commercial, claiming they were not the ones in charge of the intellectual property rights to the speech. Later it came to light that the MLK estate held the copyrights and worked closely with Dodge on the campaign.

Never use words, imagery, or videos of iconic humanitarians or social justice figures for the use of promoting your product. It will more likely than not come off badly.

Not surprisingly, Heineken had to pull this video ad from both the TV and internet after a huge social media backlash. The ad shows a bartender intentionally sliding a beer past three black people and towards a lighter-skinned woman. To make the racial undertones even more undeniable, they decide to close the curtains with the message, ‘sometimes lighter is better’. Here are some of the reactions it received on Twitter:

The devil is in the detail. At every stage of casting and planning your campaign, you must be vigilant, considerate, and meticulously aware of how an audience might interpret your video’s message. The general public know how to find and flag discriminatory issues, so be mindful not to be seen as supporting those.

This ad quickly caused outrage amongst people as it completely excluded women from their target market, which is a marketing strategy destined to fail. It offended both men and women by enforcing centuries-long gender-based stereotypes. Some viewers even felt impassioned enough to start petitions against the campaign. It was and remains to be, one of the biggest marketing mistakes. Here are some of the initial reactions to the advert:

Don’t exclude genders from your target audience and never use sexist stereotypes to promote your product.

This ad features a man attempting suicide by inhaling gas from the Hyundai car in his garage. He fails because the car being advertised has clean emissions technology. Among those disturbed by advert was a copywriter from London whose father died under similar circumstances. Following this, Hyundai published an apology on Twitter and tried to remove the ad from YouTube. Too late: the internet had already spawned far too many copies to make this blunder disappear completely. A good example of how pushing the boundary too far can be a bad marketing strategy.

Pushing the boundaries beyond what’s familiar and creating controversial content can be a really risky move and the chances of paying off are often 50/50. The odds are far, far slimmer if you use such sensitive subject matter as Hyundai did here.

This video campaign was supposed to highlight the seriousness of pancreatic cancer cases in the UK. It backlashed dramatically. Quickly after the ad was released, many complaints were filed against it – including from sufferers themselves. In the video, people suffering from pancreatic cancer say that they would prefer to have breast or testicular cancer. The patients diagnosed with non-pancreatic forms of cancer were offended by the idea of making cancer a competition. Despite this, the British Advertising Authority decided to keep airing the campaign.

It never makes sense to trivialise illness or vulnerability of any kind by making one type out to be better than another. If you offend large groups of people like that, there will always be a negative reaction to your campaign – one so strong that it could mean the end of your campaign and lasting damage to your reputation.

This ad provoked 110 people in Britain to complain when it was aired. That includes people whose relatives died in the 1912 tragedy. The commercial suggested that those who died could have been saved if they had Red Bull’s wings on board. Clifford Ismay, 57, a relative of Titanic’s owner, Joseph Bruce Ismay, condemned the advert as “despicable.” He said: “I have a sense of humour but I really don’t like the idea – in fact, I find it quite sickening considering so many people died on that night.” Making a profit off the back of a historical tragedy the world will always remember is not a good game plan. In this case, Red Bull seriously failed.

No matter how clever and funny you think your campaign idea might be, it’s always worthwhile considering who is on the receiving end of the joke. Stay away from using historical disasters – especially those involving fatalities – to promote your product.

In 2014, the dating website Ashley Madison started targeting already married men, encouraging them to look for affairs on their platform. This generated 300 complaints and the commercial was eventually banned from Australian TV. The ban came after the Australian advertising watchdog slammed it as “demeaning and vilifying of women.”

Undermining traditional public values like marriage, peace and freedom for the sake of advertising is bound to be widely viewed as immoral and manipulative. It’s not a good look for your company and could lead to the rejection of your campaign by the very people you were targeting.

In this controversial ad series, Groupon failed to make it clear that donations made to any charitable causes featured in their videos would be matched by the company. In this specific advert, Groupon was accused of monopolising on the unfortunate situation Tibetan people were in. So, people took to social media. Here is how viewers reacted on Twitter:

If there is a charitable element to your campaign, make sure you state this clearly in your video, or you may stand the risk of seeming exploitative. Groupon neglected to mention this charitable element and solely because of that misunderstanding they were slammed and had to take down their commercial. Don’t rely on viewers visiting your website to find that out by themselves because not everybody will make the effort.

The video campaign featured a ‘test baby’ being smashed against a window. Although it was clearly shown that the baby was fake and the voiceover in the video constantly refers to it as a ‘test baby’, people who watched the ad didn’t take this lightly. They saw it as a representation of the company’s negligence of child violence and the commercial was therefore taken down. Two days later the company’s CEO released a lengthy statement apologising and explaining their earnest intentions.

When building the concept for your campaign, it’s best to steer clear of children and violence in the same context (even if the children shown aren’t real). HomeAway thought throwing the ‘test baby’ would be so funny that they’d be forgiven for any controversy. They thought wrong.

Burger King’s “Eat like Andy” campaign left the public tremendously confused, as it completely failed to deliver its marketing message. It was later voted as one of the top five worst Super Bowl commercials of all time, according to the consumer-intelligence platform Suzy. The commercial featured Andy Warhol, a pop artist who died in the late 80s, eating a Whopper and fighting with a bottle of Heinz ketchup.

So viewers took to Twitter to go and figure it out:

Later on, a Burger King representative said that the campaign was supposed to convey Warhol’s quote, “What’s great about this country is that America started the tradition where the richest consumers buy essentially the same things as the poorest.”

Be contemporary – feature figures that you are sure your target audience knows well. As we said, Andy Warhol died in the late 80s and many of the younger generations who saw the commercial weren’t aware of who he was and why he was chosen to promote the product.

Be smart – do not repeat others’ mistakes. Do your research and consider your story, its message, and execution before airing it. You don’t have to pay millions of dollars for air time during the Super Bowl to sell your product. Be smart with your video campaign now and save yourself the lengthy apology posts later! 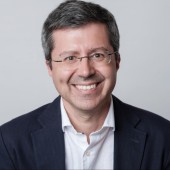 Successful marketer and top manager with over 20 years of experience in technology businesses. Passionate about effective marketing strategies to delight customers and accelerate profitable growth.

Worth reading...
5 Tips on How to Create a Really Effective Marketing Video
Subscribe
If you are looking for a new to promote your business